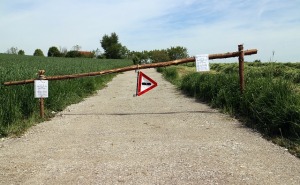 Over the years, I’ve worked with a lot of different managers. If there’s an excuse for not getting something done, I’ve probably heard it. And truth be told…I’ve used most of them myself. When it comes to cross-training, here are the most common reasons we just haven’t been able to get it done.

Now, you might think the answer to this is bone up on your own skills. But let’s face it. There’s a limit to what any one person, even a manager, can do. And despite what some people think, your job as manager is NOT to be the expert at everything.

So, when you’re faced with the need to cross-train an associate on a skill you don’t have, the best move is to delegate that responsibility to someone else. Let another associate take the reins on a co-worker’s skill development. One way to motivate certain people is to give them responsibility. This could be just the opportunity to show someone how valuable they are to you. In fact, even if you could do the cross-training yourself, I encourage you to empower a member of your team to take that on whenever possible.

Another reason cross-training falls to the side is because we’re holding on to a task we like doing. Everybody has their pet projects. Everybody has some routine chore that they hold onto like it’s their baby. We complain about it, and struggle to find time to get it done properly, but we resist handing it off to someone else.

We have to force ourselves to consider the cost of holding onto these pet projects. As managers, there are only a few tasks that we absolutely must do ourselves. Most the work that gets done each day could be handled by someone else on the team. When we refuse to let go of certain things, we’re stealing time from those responsibilities that ought to be front and center for us. We should put our time and energy toward those things that will best move the team forward and grow the business – that’s what we’re here for.

Plus, when we hold on to those things that could be handled by someone else, we rob them of the opportunity to grow. We make them less able to contribute to the team. We need to cross-train people so they can realize their full potential.

A third reason cross-training doesn’t happen is that we often don’t believe their associates are capable of getting the job done. Perhaps they’ve dropped the ball in the past. Maybe we just don’t trust them or like them.

In any case, we need to be careful about putting artificial limits on members of the team. I found out long ago that people can surprise you – in good ways. And time after time, when I’ve made the decision to challenge someone to stretch their capabilities, they’ve come through. Remember that people want to do a good job – and they want to do a good job for you, the boss. Believe in them even more than they believe in themselves and watch them blossom.

Probably the most common reason we don’t get around to cross-training people properly is that we just don’t have the time. We’re shorthanded, behind the curve, and just trying to get everything done. Who has time for cross-training – or any other meaningful leadership activity for that matter?

Well, believe me, I get this one. We’re all being asked to do more with less and the tasks just keep piling up. That’s actually one of the best reasons to make cross-training a priority. But I don’t necessarily think the answer is reshuffling schedules or putting off important jobs to focus on cross-training.

The answer lies in finding natural opportunities to make cross-training happen. Instead of blocking out chunks of time dedicated to showing someone every step of the process, maybe the answer is to take advantage of nooks and crannies of time. There are some naturally occurring teachable moments we can tap into if we try.

If you’re one of those managers for whom cross-training just always seems out of reach, take a few minutes to rethink your approach. Delegate some responsibility. Let go of pet projects that don’t require your involvement. Challenge your perception of the team’s potential, and look for ways to incorporate cross-training into the day-to-day routine. You just might surprise yourself.