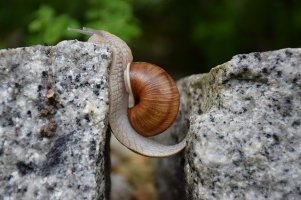 I’ve mentioned before that I’m a Star Wars fan. I’ve seen the original trilogy of movies so many times that I can practically recite each line along with the actors. Sometimes I find myself thinking about a random scene and a quote just sticks in my head. There are so many great quotes from Star Wars – you don’t have to be a fan to be familiar with some of them. Take this one for example:

That’s Jedi Master Yoda speaking to Luke Skywalker in The Empire Strikes Back. Yoda has been training Luke in the ways of the Force, but Luke is distracted. His mind keeps wandering to thoughts of his friends and he’s impatient to leave and get back to them. As a result, he finds it difficult to concentrate on even simple, mundane tasks.

Then Yoda gives Luke a new challenge, and it’s a big one. It’s bigger than anything the young apprentice has taken on and Luke simply cannot fathom anyone being able to accomplish what’s being asked of him. He is scared. He hems and haws before but finally gives in to his mentor’s prodding. “I’ll try” he says. And that’s when Yoda drops this famous line.

For the longest time, I had the wrong idea about what Yoda was saying. I thought he was telling Luke, and by extension me, that it’s the result that matters. You either succeed or you fail. You get the job done, or you don’t. There is nothing in between. Close does not count and winners don’t settle for second place.

But I was wrong.

No wonder Yoda was frustrated. When we give less than our best effort, we fail not just those depending on the results of our work; we fail ourselves. Ask anyone at the top of their game and they’ll tell you the road to success is paved with failure. The key to success isn’t a lack of failure, but a dedication to expending maximum effort. It’s developing a habit of truly trying.

Star Wars is just a movie. Yoda and Luke Skywalker are just figments of the imagination. Yet these words still make me think…maybe I should try a little harder.