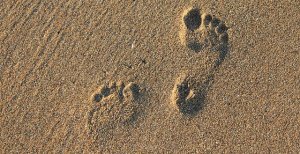 Back in 2013, Bhagwan Kare fell gravely ill. In order to diagnose his condition, doctors said they needed to perform an MRI. The procedure would cost the resident of Maharashtra India about 5,000 rupees, money he and his wife Lata simply did not have. With no way to borrow the funds, the future looked dim for the couple.

Some friends jokingly suggested that Lata enter an upcoming race. The prize for first place just happened to be 5,000 rupees. Lata felt she had to give it a shot, despite some obvious disadvantages.

She wasn’t a runner. Lata had never taken part in a race before. She didn’t own any equipment or have access to training facilities. She walked daily, but that was the extent of her physical activity.

She didn’t know anything about running. Lata admitted to her friends that she didn’t even know that running was a competitive sport. Technique, proper form, nutrition – it was all foreign to her.

She wasn’t in any shape to run. At the time, Lata was 68 years old, hardly the best stage of life to take on such a strenuous burden. Worried that she might catch her sandals on something and trip, she decided to run barefoot.

Don’t you just love an underdog? There’s something inherently inspiring about people who stare down a ridiculously difficult task and say “What the heck, I’ll give it my best shot.” Win or lose, we can’t help but get behind the underdog – probably because it’s easy to see ourselves in their situation.

We’ve all been there. We’ve all come up against circumstances that seemed to be insurmountable. We’ve all had the odds stacked against us at one time or another. Most people fold. They decide to cut their losses and hope for better days ahead. What draws us to the underdog is the spirit that says “despite the odds, I think I can win.”

Lack of experience doesn’t matter to the underdog.

Lack of education doesn’t matter to the underdog.

Lack of ability doesn’t matter to the underdog.

What drives them forward is a belief in their mission and an unwavering desire to succeed. Contrast that mentality with the multitude of professionals who obviously dial it in because they don’t feel like performing. So often what turns an underdog into a champion is the decision to perform at your best day in and day out.

As Lata Kare approached the finish line of her first-ever race, she began to hear cheers. They carried her through the tape and into first place. She won the prize money and her husband got the treatment he needed. Lata continued to enter, and win, additional races; using the proceeds to support her family.