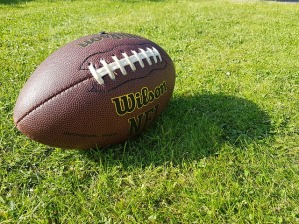 In case you haven’t heard, the Philadelphia Eagles beat the New England Patriots to win the Super Bowl last night. The final score was 41-33 in a game full of surprises and new football records. While many were rooting for the Eagles, the seemed stacked against them.

This was only the third Super Bowl appearance for the Eagles; they’d lost the first two. By contrast, the Patriots were playing in their 10th championship game, having won five of the previous nine.

Eagles quarterback Nick Foles was a backup player. He’d replaced Philadelphia’s injured starter just before the playoffs started. He had no Super Bowl experience. In fact, just a few years ago he almost quit the game. New England quarterback Tom Brady, on the other hand, walked in with loads of experience. Each of those five Patriot titles were won with him at the QB spot. He’s often referred to as the “GOAT” – the greatest of all time.

Las Vegas odd-makers didn’t expect the Eagles to win; the Patriots were favored by 4.5 points. Although many people said they were ready to see the Patriot dynasty come to a close, but most predicted a New England victory.

Yes, it seems like everything and everyone had lines up against the Eagles – everyone except for the Eagles that is.

To them, the odds didn’t matter. History didn’t matter. Public opinion didn’t matter. All that mattered was their shared desire to succeed. They scored quickly and they scored often. They came up with an answer for everything the competition threw at them. They kept their eyes on the prize and moved steadily toward it.

There are million reasons why you should fall short of your goal this year. There are obstacles in your path, shortages of resources, and gaps in experience. There are setbacks around every corner. And yet, none of that matters.

All that matters is the desire to be successful. Do you have it?