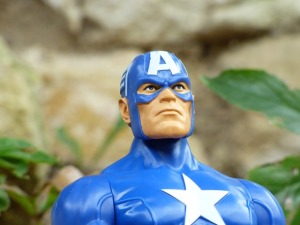 Whenever superheroes and supervillains clash, there will inevitably be a high degree of collateral damage. Vehicles, buildings, even entire cities are destroyed when good and evil collide. But after the battle is over, who picks up the pieces? Who cleans up the rubble, replaces lost inventory, and compensates the victims after the dust has settled?

According to Marvel Comics, that would be Damage Control. Housed out of New York City’s Flatiron building, Damage Control was initially funded by a couple of billionaires before going public. This pseudo construction company exists to quickly get things back to normal (or as close to it as possible) following the epic showdowns that happen with regularity in a world inhabited by super-humans. Since its introduction in 1989, Damage Control has quietly come to the rescue in a number of movies, comics, and television series.

If only real-world businesses had Damage Control as back-up.

Who cleans up the mess when things go bad for your business? When good intentions have unintended consequences, who bails you out? When your best laid plans don’t pan out and you find yourself behind the growth curve, who rights the ship and gets it back on course?

Consider the following steps to help your team get back on track following a setback.

Hopefully you’ll never have to clean up after a super throw-down disrupts your business plan. Odds are, though, not everything will always go as planned. Instead of calling for Damage Control, commit to your own damage control strategy. That’s one way to make sure you and your team are the real heroes.