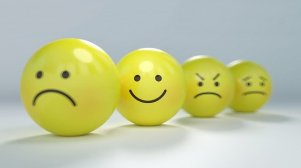 On March 12th, just as the coronavirus pandemic began impacting the United States, an all-too-familiar scene played out in Hiram, Georgia. In the wine aisle of the local Sam’s Club, a man in a motorized scooter bumped into the shopping cart holding a child. The parents confronted the man, who tried to back away from them. Tempers flared, words were exchanged, and a fight broke out. As bystander video shows, wine bottles were broken and used as weapons. By the time police arrived to break up the scene, there was wine all over the floor and one individual had to be carried out on a stretcher. While initial reports indicated that the fight erupted during a fight over toilet paper and other supplies, the truth is far uglier. This was simply human nature on display.

Novelist James Lane Allen once wrote that “adversity does not build character, it reveals it.” As a youth, Allen lived through the American Civil War, seeing first-hand the impact that slavery, war, and societal reconstruction had on his fellow man. His experiences formed the background of his writing and this quote undoubtedly stems from watching those around him react to the unprecedented struggles of the time. Thanks to social media, and a 24-hour news cycle, we have the opportunity to witness countless reactions to adversity from those in our immediate vicinity and around the world.

Some raise their voices, while others rise to the occasion.

Some take charge, while others take advantage.

As we stand on the eve of Memorial Day, I can’t help but wonder what those we supposedly honor this weekend would think about their fellow man. Memorial Day is dedicated to those who have died while serving in the United States Armed Forces. Through our country’s various conflicts, these men and women paved the way for our current standard of living. How we respond to discomfort and inconvenience, much less true adversity, speaks to how much we value their sacrifice.

I think about the child sitting in that shopping cart in Hiram, Georgia. What went through their mind as they watched these grown-ups, including their parents – people they look to as models of acceptable behavior – slash away at each other with broken bottles of wine. And I think of my own adult children who still look to me as an example. What character do they see being revealed by my reaction to the adversities I face?

Memorial Day is considered the unofficial start of summer here in the U.S. Many will spend the day outside enjoying the weather and time away from work, but never thinking of those we have to thank for our freedom. Speaking of Memorial Day, President John F. Kennedy said “As we appreciate our gratitude, we must never forget that the highest appreciation is not to utter the words, but to live by them.” I hope you will take some time this weekend to think about the sacrifices made by those who have gone before us, and your response to their legacy.