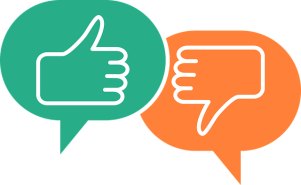 In the mid 1700’s, English physician Alexander Sutherland encountered a number of patients dissatisfied by what they perceived as his inability to treat their illnesses. In some cases, patients repeatedly insisted that Sutherland provide them a potion or salve to ease their suffering, despite his assurances that there was nothing more to be done. In a desperate attempt to help, and to stop the complaining, Sutherland began prescribing inert drugs – substances which held no medical benefit yet posed no threat to the patient.

Miraculously, many patients immediately displayed improvement. Their pain subsided. Their symptoms faded. Their mood and outlook changed for the better, as did their impression of Sutherland. Other physicians followed his lead. Soon the prescription of placebos became common practice, even though doctors could not explain how the application of sugar pills or ointments made from bread paste could possibly make a difference. Dispensing placebos eventually became a crucial part of the testing process for new drugs and the practice is still used today.

It’s called the placebo effect. Patients who believe that what they are given will have a positive effect tend to experience that effect, even though the placebo has no inherent medical benefit at all. The patient’s own mind takes over the healing process. Because the mind believes good things will follow, it causes the body to experience the benefits in the absence of the actual drug. And as more recent studies have shown, a placebo doesn’t have to be a drug to be effective.

Paul Dieppe of the Exeter Medical School says that “we all have the ability to self-heal in many conditions and that can be activated by our interactions with other people. Experiments have found that placebos provided by a doctor that talks and acts empathetically can be more effective than actual drugs given by one who seem unconcerned with their patient’s welfare. A doctor’s demeanor is as important as their medical competence.

But is the doctor’s office the only place where good bedside manner makes a difference? Don’t we desire improvement in the operation of our businesses? Don’t we long for better relationships with our customers and the members of our organization? If Dieppe and his fellow researchers are right, then the key lies in the way we approach those interactions. Our ability to solve organizational ailments depends as much, if not more, on the way we communicate with each other than on any business strategy.

Think about the last conversation you had with a coworker or supervisor. How did the way they spoke to you impact your feelings about the interaction? How did their behavior influence your desire to work with them further? Did their words and actions have a positive effect on your productivity for the rest of your day? More importantly, what impact do you fell your behavior had on them?

You see, there’s a dark side to the placebo effect. Patients in drug trials alerted to possible side effects have up to a 25% chance of experiencing the symptoms of those side effects, even when they’ve only ingested a sugar pill or other harmless substance. It seems that the mind, focused on negative inputs, can manifest ailments as easily as it can cure them. And the same doctors whose encouraging bedside manner aids in patient healing? Well, all they have to do is adopt a negative or apathetic outlook and patients begin taking a turn for the worse. It’s a phenomenon called the nocebo effect, and it’s just as real.

You may not have taken a Hippocratic Oath – a vow to “do no harm.” Yet, by taking on the mantle of leadership, you’ve promised to act for the good of the organization. You’ve taken on a responsibility to behave in ways that positively impact the minds and hearts of the people you serve and work with. When you fulfill that promise, you become more powerful than any drug.