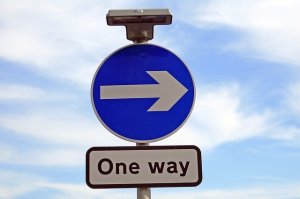 It happens every year at about this time. With Thanksgiving over, and the weather turning colder, people start looking toward Christmas and the start of a new year. The goals that were set for the current year are set aside as if time has run out. They assume nothing of significance can be accomplished in the time that’s left, so they take their foot off of the gas and decide to just coast through December.

Author Jason Selk calls this the “Holiday Slack-Off.” We choose to downshift because we figure everyone else has checked out for the year. Customers aren’t buying right now. Coworkers are focused on tidying up loose ends. Management is busy planning for the next 12 month cycle. Even the most productive have a tendency to sit back and ease their way into the holidays.

But there’s still an entire month of 2019 left. There are still four full weeks we can put to use. Why let this valuable time go to waste when we can close out the year on a high note? Selk offers this three step process for resisting the Holiday Slack-Off.

We often hear sports figures – athletes, coaches, and analysts – talk about playing through the end of the game. As fans, we bemoan teams who seemingly give up as the clock runs down. We know that so many games are won in the final minutes, so we expect our heroes to fight until the end.

Why should we be any different?