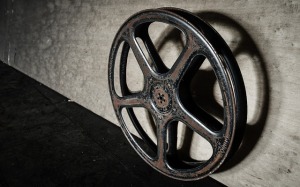 For the past several years, I’ve taken a week of vacation in July to attend Boy Scout Troop 157’s Summer Camp in Ardmore Oklahoma. Both of my sons earned the rank of Eagle Scout as part of this troop and I have many friendships that began as a result of my involvement. Over the years I’ve helped out by teaching various merit badges during this camp and am proud to have played a small part in the development of many young men.

As much as I try to share some knowledge with the scouts and help develop their skill sets during this experience, I feel like I am the one who learns the most from our time together. Take this year for instance. For the 5th time, I taught a Movie Making merit badge class. My goal is to teach them the fundamentals of film production through practical application. In other words, we make a movie.

Five boys signed up to take my class and despite the restrictions placed upon them given the context of an outdoor summer camp, they produced an impressive film. Along the way, they taught me a thing or two about achieving your goals.

When Friday night rolled around, I was confident the guys had put together a great piece of work. Was it perfect? By no means. I don’t see Showdown at Devil’s Gulch winning any Academy Awards. But it accomplished the objectives that were set out. It was definitely a success. What’s keeping you from achieving your goals?